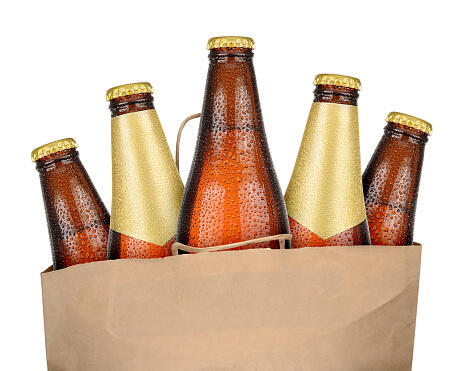 A Man Shows Up To His DWI Hearing Drunk . . . and Carrying a Bag of Beer

I'm just speculating here, but I THINK that 49-year-old Keith Gruber of Swan Lake, New York has a drinking problem. And no, the problem isn't that people keep getting in the way of his drinking.

Keith was arrested for driving while intoxicated. He also has prior DWI convictions. And on Monday, he was due in Sullivan County Court for a hearing on his new DWI charge.

When he got to the courthouse, he was visibly drunk and had an open can of Busch beer in his hand.

He was also carrying a bag . . . and when security guards checked it, they found out it was full of four MORE cans of Busch.

That FINALLY got a judge to stop messing around . . . he threw Keith in jail and revoked his bail.