A little over a year ago the Leftists of these United States pointed their crooked fingers at Texas and shook them violently.  They were disgusted by the simple news that we had passed a law. They shamed us and mocked us. They were so sure that we would live to regret our decision that they proclaimed it loudly on cable news and late night talk shows.  For all the outrage and anger over our new law, you'd think we'd of legalized murder. Not quite.

Back in 2016 the voters of Texas, being the custodians of gun-rights that they are, recognized mass-shootings always occur in the same types of places: supposed gun-free zones.  The term "gun-free zone" is something of an anomaly. You'd assume you'd find no guns in "gun-free zones" but if you did that you'd be assuming wrong.  Fort Hood, Virginia Tech, Pulse Nightclub, and Sandy Hook Elementary School all have one thing in common. You can't legally bring a gun to any of these places [but you can if you're a criminal].

So the people of Texas, with all their wisdom, realized their great state was home to dozens and dozens of these [not so] gun-free zones. The people confined within these not-gun-free-zones were vulnerable to violent attacks. It's happened all over America, and Texas could be next.  Texas needed a way to stop vulnerable people from being preyed upon in these common places. But how? Could they solve the problem by spending more money on crime prevention and law enforcement? No, that doesn't always necessarily work. If the 2016 Presidential Election taught us anything, it's that spending more money does not necessarily equal a solution.  What about stricter laws? Would violence be prevented if more rules were put in place?  No, that's just as futile. Everyone doesn't always follow the rules, particularly the people who are the most problematic.

While lawmakers all over America were pushing for stricter gun laws, Texas went in the opposite direction: we legalized gun ownership on college campuses.

On August 1st, 2016, Campus Carry became an official law in Texas. This wasn't just any day in Texas history. It was the one-year anniversary of the infamous Texas University Clock-tower Massacre. You see, Texas is no stranger to shootings at colleges. Over five decades ago we had a very serious shooting-incident at the biggest college in Austin, our state's capital.

Sadly, 16 people were killed that day and 49 were shot altogether. But one of the less-repeated details from that incident was the response of the people on campus to the shooter. You see, in the 1960s, just like today, many Texans were proud gun owners. As the shooter tried to murder people walking around the University of Texas, the Texans fought back. They refused to be victims. Many of them took up arms and fired at the attacker, an act that greatly reduced the number of victims he was able to harm. If not for the quick response of many gun-owning, law-abiding citizens on campus, a much higher number of people would have been injured or killed.

And so, 51 years later, here we are. It's now been a full 12-months since Campus Carry became a law in Texas.

Were any college students harmed during that time?  Oh yes, many. Dozens and dozens of seemingly innocent people have been assaulted and injured at one of the most famous colleges in America over the past year. Videos have surfaced online of innocent people being punched, stabbed and stomped. None of those people deserved to be hurt while often doing nothing more than walking around a public university. Which college am I referring to, you ask? I'm speaking, of course, about UC-Berkeley.

No, Berkeley isn't in Texas. It's in California, a place with rather strict gun laws, particularly pertaining to what's allowed on a college campus.  Berkeley, a city that was once considered a Mecca for free speech activism, has now become just the opposite. It's not even news anymore when we hear that someone was attacked at UC-Berkeley for doing nothing more than expressing their opinions while attending a political rally. It happens every weekend - sometimes every day.

And while all of this was happening in Berkeley, Texas college campuses remained relatively safe and non-violent places. That's not to say that Texas is perfect, but placed side by side with what occurred at colleges in California during the past 12-months, the crime and danger one might encounter at colleges in Texas pales by comparison.

So what's the difference between Texas and California? Are there no political protests on college campuses in Texas? Quite the opposite, actually. Texas is filled with colleges and the same sort of liberal professors you'd expect to find in California. Austin, Texas really isn't that different from Berkeley, California. Juice bars, vape-stores and coffee shops are both commonly found in both cities. Antifa and Black-Lives-Matter have a strong presence in both communities. But Austin and Berkeley have one staunch difference: gun laws. You see, an armed society is a polite society.

There was resistance to Texas' new law. After Campus Carry was launched liberal activists at the University of Texas took up arms with the policy. Not literal arms, obviously. These are anti-gun nuts we're talking about. Instead they marched with sex toys - vibrators and dildos. They were trying to make the point that Texas has stricter laws regarding marital aids than they do for firearms. This isn't technically true, but don't let facts get in the way of a good narrative! The activists called their protest "Cocks, not Glocks". A funny but silly idea. People on social media laughed about the news and then it was quickly forgotten by most.

But not everyone forgot. Patriotic Texans remember when young confused liberal student activists tried to mock us with their rubber phallic appendages. Despite their protests, we're okay with their vocal expression because we love the First Amendment just as much as we love the Second. But Texas remembers what they said and did.  And Texas remembers when unarmed Berkeley students were violently assaulted for their political beliefs over and over again. Texas also remembers Sandy Hook, Virginia Tech, Columbine, Dylan Roof, Pulse Nightclub and Fort Hood. And of course, Texas remembers the Clock-tower Massacre of 1966.

But most all - Texas remembers that which was not documented. We remember 12-months after the rest of the nation [including many of our own citizens] mocked us for defending and protecting the rights of our State, our colleges remain safer than those of California. We remember that the predicted mass-shooting on a Texas college campus, made by many of our most distinguished public figures, simply never happened. We remember when we take a late night walk from the library to a student housing facility at one of our public colleges we'll be safe because we remember there's a firearm hidden on many of our citizens.

No place is perfect, but Texas is about as close to perfect as it gets. God bless Texas. 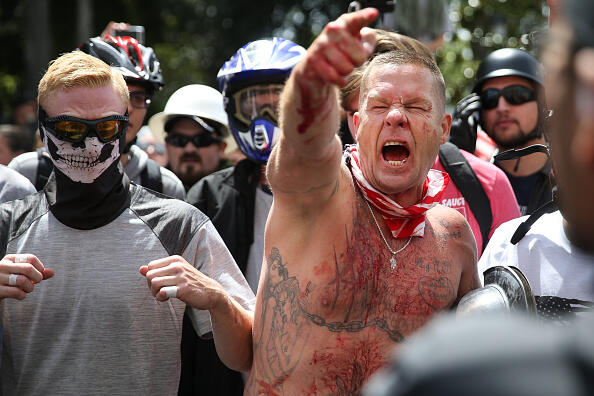 About Kenny Webster's Pursuit of Happiness