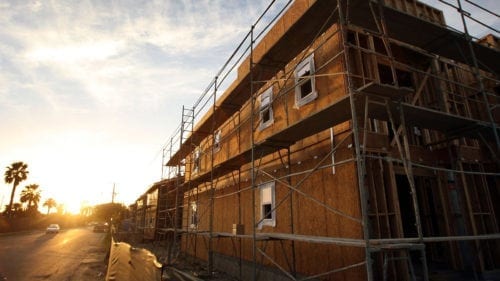 California became the first state in the union Wednesday to require solar panels be installed on all new home construction; a move designed to help “cut greenhouse gases” but could add even higher prices to the nation’s most expensive housing market.

The California Energy Commission approved the measure in a unanimous 5-0 vote, demanding all new homes and apartments built after 2020 have solar panels installed; adding over $10,000 to already record-high construction costs.

A spokesperson for the energy commission told Fox News that the “initial costs” will likely be off-set by long-term savings on energy and heating.

“For residential homeowners, based on a 30-year mortgage, the Energy Commission estimates that the standards will add about $40 to an average monthly payment, but save consumers $80 on monthly heating, cooling, and lighting bills,” said the Commission. “On average the 2019 standards will increase the cost of constructing a new home by about $9,500 but will save $19,000 in energy and maintenance costs over 30 years.”

Not all local politicians are in favor of the requirement, with some saying it will make the Golden State even more expensive for those seeking to relocate to the region.

“That’s just going to drive the cost up and make California, once again, not affordable to live,” said a local Republican leader.