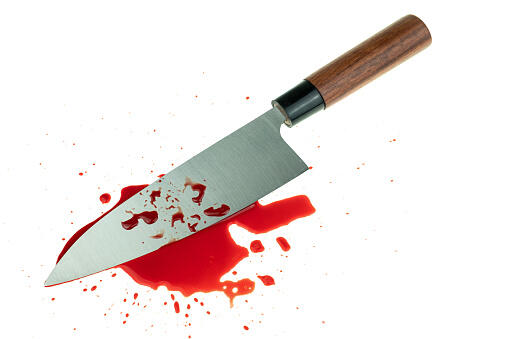 22-year-old Alexa Monet Rodriguez of Las Cruces, New Mexico wanted her boyfriend to go out and buy her a 40.

He said no. So she FREAKED OUT.

Alexa hit him with a TV tray and a chair, threw a three-pound weight at his head, and capped it off by THROWING a 14-inch knife at him. It hit him in the arm and he was hospitalized with non-life-threatening injuries.

Alexa was arrested and hit with several charges, including aggravated battery and aggravated assault. The media didn't make it clear, but we're pretty sure she didn't end up getting her 40, either.