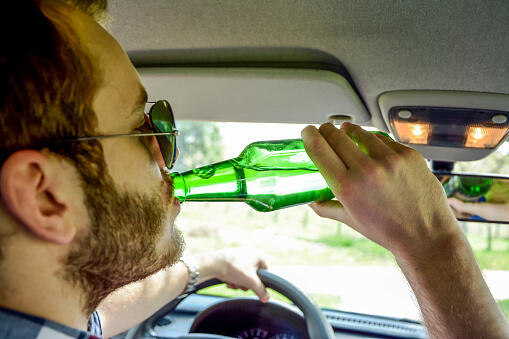 A Guy Gets Pulled Over For Driving Drunk . . . and Chugs the Beer in His Hand

If only this guy was as dedicated to something PRODUCTIVE as he is to making sure no mediocre beer goes to waste.

A 48-year-old guy named Daryl Riedel from Big Coppitt Key, Florida was pulled over on Thursday for drunk driving. And he got out of the car with a 12-ounce can of Busch beer in his hand . . . and proceeded to CHUG it.