Are you smart enough to remember things that happened prior to 15  minutes ago?  Oh, you are?  Well, then you're probably not a Democrat.

Back in 2014 the New York Police Department dropped a program that monitored potential suspects of Islamic extremism.

Created  in 2005, the program was pretty cut and dry: plain clothed detectives  were sent out to mosques and gathering places for Muslims to see if  anyone was pushing extremist rhetoric on the community.  While it might  seem a bit intrusive, this happened in a city of 8.5 million people with  as many as 800,000 Muslim residents in the greater metro area, many of  whom are foreign born nationals.  It's also the same geographic location  as the biggest Islamic terror attack in United States history.

Known as the Demographics Unit, the program seemed to make sense.  After all,  New York City has a history with Islamic extremism that resulted in  thousands of people dying.  But when liberal activists and special  interest groups caught wind of it's existence, it had to go.

In 2014 the New York Times reported that the Demographics Unit would no  longer exist.  They didn't make this decision on their own.  They were  pressed into the move by a feminist Sharia Law advocate & liberal activist named Linda Sarour.  You might remember Linda from the Women's  March in DC earlier this year.  She's part of the Arab American  Association of New York.  She also called for a Jihad against President Trump [her words, not mine].  And she really dislikes Israel [the only Jewish state on Earth].

Back in 2014 Sarsour said, "The Demographics Unit created psychological  warfare in our community.” She didn't offer any evidence to support that  claim, but it sounded great when she said it so the New York Times  enthusiastically published the quote.  That's when Sarsour met with high  ranking members of the NYPD to advocate for the end of the Demographics  Unit [which had renamed the Zone Assessment Unit in more recent years].

The department’s intelligence chief, John Miller, agreed with Sarsour that the division had to go.  No more Demographics Unit.

Fast-forward  to October 31, 2017.  That's when New York City terror suspect Sayfullo  Saipov allegedly rented a truck from Home Depot and used it to kill 8  people and injure 11 as he mowed down pedestrians.  He became an  internationally known Islamic extremist.  But his story didn't start  there.

Saipov happens to be a foreign-born Muslim from  Uzbekistan.  He first arrived in the US in 2010 in Ohio during the  Obama-era.  He got a green a card, he moved to New Jersey [after briefly  spending time in Florida] and he worked as an Uber driver to support  himself.

He also frequented a mosque in New Jersey.  Lets talk about that mosque for just a moment, shall we?

The  Omar Mosque in Paterson, N.J., located near the suspect's home, is one  of the many mosques in the New York metro area that was previously being  studied by the NYPD.  The location was believed by investigators to be a  possible destination for, “budding terrorist conspiracies."  And it  turns out those investigators were right.  In fact, the mosque was being  monitored by the NYPD going back as far as at least 2006.  They knew  about this place and the possibility that it might be the hang out  destination for a potentially lethal terror suspect.  Detectives  believed someone at this mosque was capable of infiltrating a terror  attack [and they were right].

There are some people who will  hear this news and think, "it's wrong to investigate innocent people."  I  strongly disagree.  Investigating people is called "detective work" and  it's what you're supposed to do when you're [get ready for this]... a  detective.  I realize it's not politically correct [whatever that means]  to profile people for criminal investigations, but unfortunately for  members of the offense-industry, profiling actually works.  It's how  detectives do their jobs.  Like it or not, profiling is an essential  part of investigating violent crimes.  Serial killers tend to be single  middle-class white men from the suburbs, cartel members tend to be  Latino and ISIS inspired terrorists are typically [drum roll please]  Muslims.

But because of people like Linda Sarsour, it's now  deemed racially insensitive [even though Islam isn't a race] to profile  people because they're Muslims.  I'm not saying Linda Sarsour is responsible for yesterday's terror attack, but she certainly helped make  it easier for Muslims terrorists in NYC to execute successful  massacre-attempts on law abiding citizens.

Spare me your  diatribes about "xenophobia".  We're Americans.  We don't fear  foreigners, we embrace them.  America grants the legal right of passage  to work and live in the United States to over a million foreigners every  year.  That's more access granted to foreigners than any other country  on Earth.  Heck, even the people who were murdered in NYC this week were  foreigners from Argentina and Belgium.  They were literally  foreigners.  But because of someone inspired by Linda Sarsour's  religion, they're now dead.  The NYPD intelligence efforts to combat  Islamic extremism weren't just designed to protect American citizens,  they were also intended to protect visiting foreigners.

The  left's go-to talking point after these types of attacks is always  "Islamophobia".  If they can't blame guns [like Hillary and her calls to  ban "silencers" after the Vegas attack], they'll distract from the  tragedy by turning the tables and making victims out of the community  that surrounds the attackers.  Linda Sarsour made that same point in  2014 when she convinced the NYPD to stop investigating possible Islamic  extremists.  Yesterday millions of people in New York should have  realized she was wrong.  Hopefully they got the message. 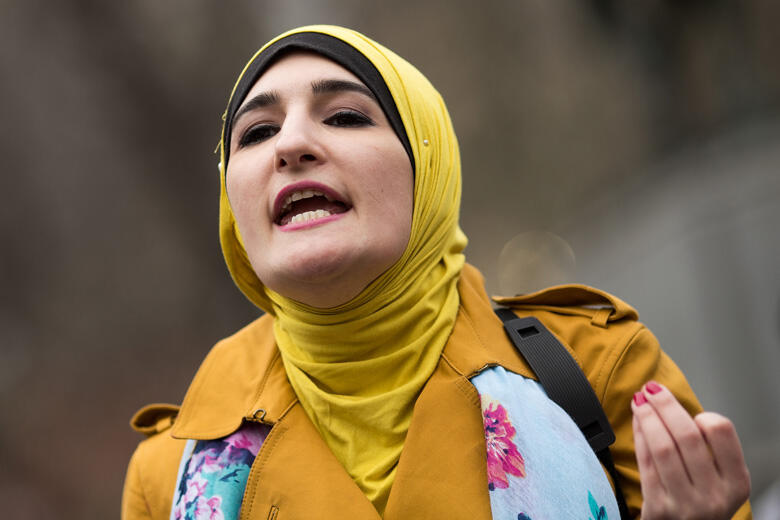